“Co-operating with other parties, and knowing what safety systems are in place is key to keeping workers safe from harm.”

His comments come after Premier Project Management Limited was sentenced in the Auckland District Court after an incident on an Auckland building site they were managing where a lack of communication between companies led to a worker being severely injured.

A worker employed by another contractor on the site fell six metres to the ground after scaffolding failed in September 2016.

He suffered injuries to his head, abdomen and arm which required six days hospitalisation and five months away from work.

“Workers and contractors were unclear on who was responsible for what and as the project managers, Premier Project Management should have consulted and co-ordinated their activities with others on site, particularly about how the risks of the scaffold should be managed,” Humphries says.

WorkSafe’s Investigation found unsafe scaffolding, inadequate and irregular scaffold inspections, a lack of systems and procedures and a lack of communication and co-ordination on the site.

Two other parties have been charged in relation to the incident and their cases are still before the court.

Project Management Ltd made a voluntary payment of $5,076 to the victim prior to sentencing.

A fine of $14,000 was imposed and no further reparation was ordered.

Premier Project Management Limited was charged under sections 34(1) and (2)(b) of the Health and Safety at Work Act 2015: 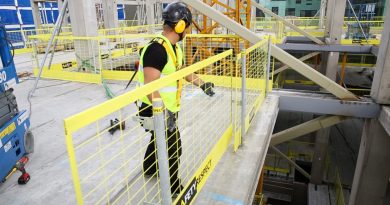