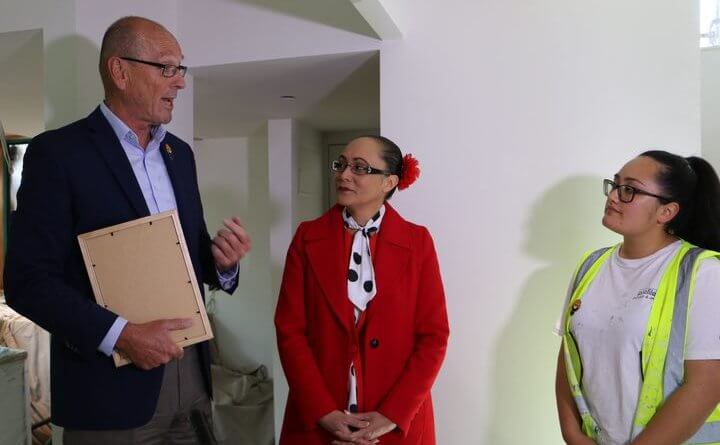 Construction firms are being urged to take on more women and people from different ethnic backgrounds as apprentices to tackle a labour shortage.

A record 12,000 apprentices are in training but the Building and Construction Industry Training Organisation (BCITO) said 8000 to 10,000 more are needed over the next five years to meet demand.

The government said the industry is currently 30,000 workers short, only 10 percent of employers took on apprentices – and less than three percent of those were women.

“We must diversify who we can offer and have firms take on staff like women, who they haven’t traditionally taken on before,” he said.

“They’ve traditionally taken on males so we’re doing a lot of focus on employers – take on a woman because they’re actually good for you and don’t be frightened, they’re a genuine option.”

One option would be for the government to pay employers through the building levy to take on apprentices, he said.

But the owner of Profile Painters, Paul Eaton, said money was not everything.

“We look at it as a long term [investment by] taking on an apprentice,” he said.

“If you get a little bit of money that might be nice for a few months but it’s not going to fix the major problem at the end of it.

“I always like it when people give us money but I don’t see it as being a major thing in our decision making.”

Mr Eaton has about 35 staff and said there was enough work to double that but finding the right people was the problem.

“It’s so hard to get good staff that really you’re better off to get a good, young person who’s willing to learn and actually train them to do the job,” he said.

“Then they’ll do it how you want to do it rather than have people who think they know how to do it and want to do it their way and are not willing to work hard.”

Cherie Stewart, who has just started her painting apprenticeship, never thought she would end up in trade when she was at high school.

She said her career advisors did not promote trade careers very well.

“They still pushed university a lot but the good thing about the BCITO apprenticeships is that you can learn on the job and earn as well, which is way better because you don’t have any debt,” Ms Stewart said.

The government is set to launch its Construction Skills Action Plan which it says will help address the labour shortage.

But the Building and Construction Minister Jenny Salesa said tackling the problem was not just the government’s responsibility.

“We are only a part of the solution, there is only so much that government will do in the space,” she said.

“Our hope is that industry will partner with us to ensure that we train enough of our own people.”

The plan is due to be announced on Thursday. 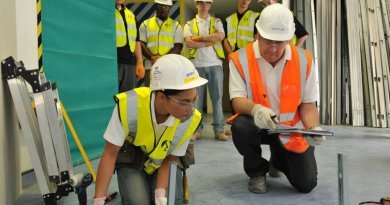 Government announces Mana in Mahi or Strength in Work scheme