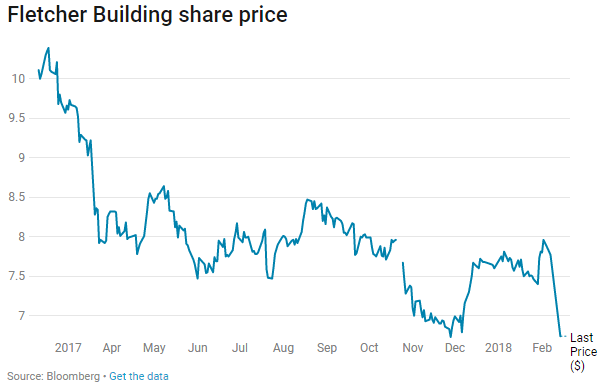 A troubled Fletcher Building unit has lost almost a billion dollars in the past two years, the company’s outgoing chairman Sir Ralph Norris said this morning.

Norris cited survey estimates, which were as much as 100 percent out, rising building costs and the flow of communication from management to the board as reasons for losses amounting to $952 million over the two years.

Fletcher Building’s shares price dropped by 13.3 per cent after the stock came off a trading halt this morning and was a factor in taking the share market index down by nearly one per cent.

Mark Lister, head of private wealth research at Craigs Investment Partners, said the share price could have been much lower if the company had planned a big capital raising to rectify its debt problems, as some in the market had suggested.

“It was a good result considering it could have been much worse than that if they had had to do a dirty great big capital raising,” he said.

Lister said weakness in Fletcher Building, which has a 6.2 per cent weighting on the NZX-50 index, was the main reason behind the index’s near one per cent fall in the opening minutes of trade.

“Other than Fletcher Building, it was a pretty benign market, so Fletchers will be dominating that decline,” he said.

The company earlier announced $660 million total losses from its Buildings and Interiors division, the resignation of chairman Sir Ralph Norris and told shareholders they will get no dividends.

Further provisional losses of $486m have been announced from the Buildings and Interiors business, “leading to a total projected loss of $660m. Fletcher Building chairman announces he will step down no later than the 2018 annual shareholders meeting. No interim dividend payment for half-year 2018,” the company says. 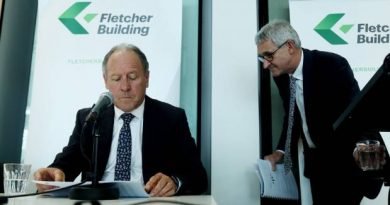 Fletchers fallout likely to fall hardest on workers and subbies