Green Cities is Australia’s premier sustainability conference for the built environment and this year explored our role in Energising Communities. Alongside other New Zealand Green Building Council friends and team, past and present, I got to experience the energized hype of the 12th Green Cities conference. Co-hosted annually by Green Building Council of Australia and the Property Council of Australia.

It was pithy and punctual. Over less than two days 65 thought leaders, industry experts and individuals, discussed, debated and explored our role in ‘energising communities’, the conference theme. It certainly delivered on its inspirational reputation. A conference that appeared to arrive at a time when we’re on the brink of a new world. It was full of big numbers, bold statements and the occasional appropriate quote.

What was clear, is that people are being put back at the heart of it all. No matter what the topic, it is clearly all about people… putting people at the center.

“property has the ability to shape great places for everyone”

It’s all about creating places for people. People make the difference. How do we get them to be 10 Stars, behaving in a Six Star ways in their Six Star buildings? Clearly, Stories, not acronyms are the way to winning Peoples Hearts and Minds. Scott Langford CEO St George Community Housing during Building the Social Benefit session quoting a client “I am able to put money into my kids that I would have otherwise put into my energy bill”. Tim Gartrell the mastermind behind some of Australia’s most ground-breaking campaigns reminding us that ‘just because you believe in something doesn’t mean someone else believes in it as well’. Showering people with facts and figures doesn’t always work. Tell stories, tell stories, tell stories. Go through your audience’s frame.

But, once you got past the people, the conference seemed to bring out six key themes, of Nature, Health, Social Responsibility, Innovation, Advocacy and you just couldn’t ignore Net Zero.

“Natures involvement is rightfully in all modern trends.” – Pascal Mittermaier

Nature its clearly about more than just 1 pot plant. Pascal Mittermaier of The Nature Conservatory spoke to harnessing the power of nature to improve the experience of city life as part of the ‘Energising the power of Nature’ session and pointed out that most young people are spending 5-7 hours on screens yet less than 30 mins outside per week.

Dr Jacqueline Schirmer from the Fenner School of Environment and Society followed on speaking about Biophilic design bringing buildings to life and the outcomes of the Pollinate report putting nature at the centre of wellbeing. ‘Wellbeing is not a ‘nice to have’, it is a bottom line essential” with estimated savings of $5.81 for every $1 invested in worker wellbeing.

Jamie Durie was captivating, closing out the first day with a ‘Fresh Lens on Landscaping’ session, discussing the trends in landscaping that are changing the way we think about the spaces between buildings. Children learning better, crimes being reduced by 38% just from being connected to green and a 35% higher yield for garden views in apartments. Clearly green is adding to the bottom line. Not just a marketing bottom line.

‘Health and Wellbeing is not a ‘nice to have’, it is a bottom line essential” – Dr Jacqueline Schiemer

Health was defined throughout the conference, it is more than just yoga and a fruit bowl. Exploring mental health, Lucy Brogden Co-Chair National Mental Health Commission stated if someone doesn’t believe its an issue in their own workplace they are kidding themselves and challenged the audience to bring their humanity to work with them each day. John Flecker CEO Multiplex Australasia reflected on the desire to provide healthier workplaces for their own staff and look at their site offices, it became glaringly obvious while building Green Star projects.

“From a warm fuzzy hug to a practical tool kit. We are demonstrating the commercial value of putting people at the center.” – Coco Pinnis

Social Responsibility was high on the agenda including the Launch of the Common Language for Social Sustainability from the Property Council of Australia. Bringing Culture into the design of cities is key and the importance of understanding what all members of communities want. We need to start measuring success differently and move away from a traditional economic view. Measuring simultaneously internal impact, social responsibility and financial opportunity would allow us to switch our framing from risks to opportunities.90% of costs are on staff salaries, the World Economic Forum Report clearly shows Inequality is bad for business.

“What will our kids inherit when they graduate in 2030?” – Anna Skarbek

Innovation was weaved into each session. Looking at the future we need it all & more. Professor Ross Garnaut talking to the ‘Global Revolution in Energy’ session stating that some innovation is a dusting off of old ideas, that fact that Edison and Ford had put their minds together to conceive a low-priced electric car is not so well known. Anna Skarbek CEO ClimateWorks during the ‘Radical Rethink of Energy’ session kindly pointed out that It is only 12 years ahead to 2030 when the Sustainable Development Goals have been agreed to be met. 12 years, 3 Government turns, 1 business finance turn, 1 School turn. What would we have done while our kids have been studying. Merrick Spain Smart Cities Lead, Telstra spoke about the roles technology plays on low carbon growth, implications on a connected world and solving the wicked problems of the future during the launch of theTelstra report

“We are all in a transition today. Not doing something is not an option” – Herry Cho

Advocacy. Climate laws are pushing into all offices and rooms. ‘Driving Ethical Investment Beyond the Boardroom’ session created a diverse range of discussions. Boards are shining a light into dark corners, how can we add value in communities. Professor David Kinley struck a chord with a few powerful statements. Stop speculating and start living. The financialisaton of property is ‘wrong, unfair and a threat to human rights’ Herry Cho ING stating that Investing in sustainability is good for business and only going to be better for business, CFO’s are now an essential part of the strategy.

Net Zero was discussed heavily in every session, its a global growing commitment. Chris Pyke from the USGBC during ‘Trend Spotting with Global Leaders’ session stating “Zero Carbon is coming. Don’t be afraid it’s here”. During the ‘Chatting with the Chiefs’ session the day prior Romily GBCA CEO (she only needs a first name, just like our Prime Minister) stated In the next 5 years we would want to see that Carbon is coming and you’re not fearful of it, that we are building and designing to it, being practical and we would have embraced the change. Rod Ferhing CEO, Frasers Property during ‘Turn on the Ignition: Lessons from the Leaders’ session stated that If we want to move the built form to net zero BAU and the status quo just wont cut it. There is no more resting. The Shadow Minister for Climate Change and Energy Mark Butler during ‘The Big Policy Picture’ session explored why more of the same is not an option and the private sector is moving on climate change, past the political discussion, because it stacks up. Andrew Eagles our CEO clearly winning the battle of staying on theme during the Cricketing nations ‘Chatting with the Chiefs’ session, his Guptill style batting, hitting of boundaries and driving clearly engaged the audience.

Just to balance out exploring these themes with the big hitting line ups on show, there were so many big numbers quoted…certainly a few for us Kiwi’s to chase.

GBCA also launched their Green Star Future Focus strategy which will see the rating system evolve and adapt to our current world.

So we think its about time we moved away from the cricket scores and followed the Olympics style per capita of population ranking system and start to compare! Nothing like some Trans Tasman rivalry.

With an impressive balance of presenters, 42% female, our mates across the ditch are not just leading on innovation and a quality-built environment, they appear to be leading on many other agendas as well, diversity and the collaboration between industry and government. There were many other lessons for the kiwis present, however, it was comforting to hear that nobody is a stranger to the residential single home market struggling with high performance homes. Some of our friends and team, past and present. Saatyesh Bhana, Quentin Jackson, the writer, Clare Gallagher, Andrew Eagles, Shay Singh.

Martin Cooper, Director – Cooper and Associates “It has been interesting at the last two Green Cities Conferences in Australia to see the trend in conversation move from talking about buildings in the sense of being environmentally sustainable to buildings that are both environmentally sustainable but with more emphasis on how they support human health and wellness especially mental health.”

Quentin Jackson, x Wellingtonian now – Sustainable Design Leader, QLD, Aurecon “Thomas Edison and Henry Ford once collaborated on electric vehicles – have we reached the point where we now realise that our basic knowledge from a century ago was right on the money? The science of passive solar design hasn’t changed, the urgency has. Whilst I don’t disagree with Prof. Ross Garnaut’s (SIMEX Zen Energy) statement that new forms of energy generation need to be found or current ideas further developed to allow more effective forms of energy storage, I do think we might be focussing on the wrong end of the equation. That is, we should think about using less energy in the first place – see earlier comment about Passive Solar Design. There is no doubt (in my mind) that we will continue to reach generation and storage ceilings and it will be progressively harder and harder to improve the technology at a rate that people increase their consumption. Perhaps the Professor was right though – a functional carbon price would make everything easier…”

Clare Gallagher x NZGBC now – Sustainability Engineer Built. NSW “There is rising awareness of the strength the built environment has to generate positive social sustainability outcomes. Several new reports were launched at Green Cities on this subject which will support the industry to drive forward the broadening sustainability agenda. From PCA’s “A Common Language for Social Sustainability” to AECOMS “Green Infrastructure” report, and Wood Solutions “Benefits of Wood at Work” Report. I’m excited to see this trajectory developing and becoming a more mainstream consideration.”

Energizing alright! I think it’s time to get out there, make sure we catch up and be ready for the next fast ball. I(hope it hasn’t been tampered with) Watch this space…

Finally, given that the conference opening day coincided with the death of Stephen Hawking, it seems incredibly fitting to conclude by quoting him, and bringing it back, yet again, to people.

“I’ve been privileged to gain some understanding of the way the universe operates through my work. But it would be an empty universe indeed without the people that I love.” 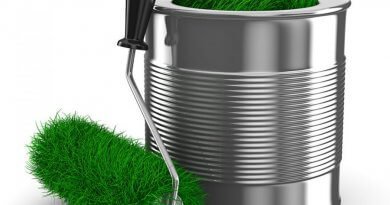 Paint yourself green with a Resene Eco Decorator 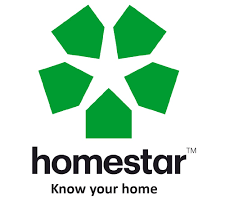