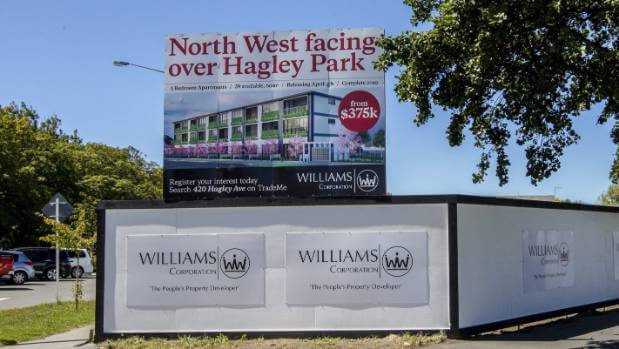 Concerns have been raised over how Williams Corporation’s latest development will affect parking on Hagley Ave, near Christchurch Hospital and the netball courts.

A planned central Christchurch apartment block is being criticised for potentially inflaming on-street parking problems, but its developers say off-street parks would increase prices for buyers.

Williams Corporation’s Matthew Horncastle and Blair Chappell are behind the planned Hagley Ave development, which will consist of 39 one-bedroom units. The 24-year-old businessmen sold 80 inner-city and suburban homes last year, with an overall sales value of about $35 million.

David Lynch, who owns a townhouse on Hagley Ave, has raised concerns about the company’s new venture with the city council’s regulatory performance committee, including the absence of car parks. A render of Williams Corporation’s planned Hagley Ave development will have 39 units starting at $375,000.

Lynch said there was no opportunity for the council to hear his or others residents’ views. The development, he claimed, could result in up to 79 people on-site at once. “There’s no car parking provided in the development, only bike sheds,” Lynch said.

“There appears to be an assumption made that those occupying these units won’t have cars and we are extremely confident that they will park . . . along the streets, which will impact the residents.” Horncastle said he was “respectfully disagreeing” with Lynch.

“I respect his opinion, I understand why he said that, but there is a reality that we are entering into a new age,” he said.

“There’s lots more people using Uber and ride share. People have a lot less money than you realise, like the cost of running a car is horrendous and lots of our customers and tenants actually don’t own cars.”

The units started at $375,000, which was “very affordable” for a home overlooking a park, Horncastle said.

“We chose affordability over car parking, because I think you’ve got to remember this building’s going to be there for 100 to 200 years.

“I truly don’t believe people will own cars in the future – we’ll have autonomous vehicles, we’ll have great apps like Uber.”

Lynch said his “greatest disappointment” was the city council’s approval of the development.

“I can see what they’re doing and good on them, they’re young guys and they’re out their making a name for themselves,” he said.

“You’ve already got massive issues down there with hospital staff relying on those parks [and] the kiddies with the netball. Even if 15 people end up having cars there, that’s going to significantly impact on the road where those people park.”

Council resource consents manager John Higgins said the development at 420 Hagley Ave had a commercial mixed-use zoning, which had no urban design provisions.

“When we look at the resource consent application we assess what we can – urban design’s not one, parking’s not one,” Higgins said.

Horncastle’s “core values” said a car park should be optional when building a house within Christchurch’s four avenues.

“As per the current plans and legislations it [a car park] is optional and we’ve made the decision that our customers don’t want that,” Horncastle said.

“And if our homes were . . . a significant amount I don’t think the market would buy them.”

Lynch requested a formal council response to his concerns.

He expected the council would ask Greater Christchurch Regeneration Minister Megan Woods to remove restrictions preventing it from changing its district plan. Lynch also intended to approach the minister himself.

Source: Stuff  Click here for article and to read comments 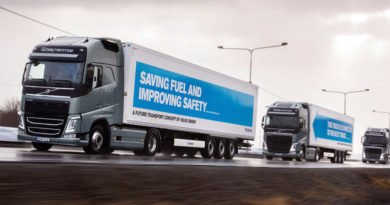