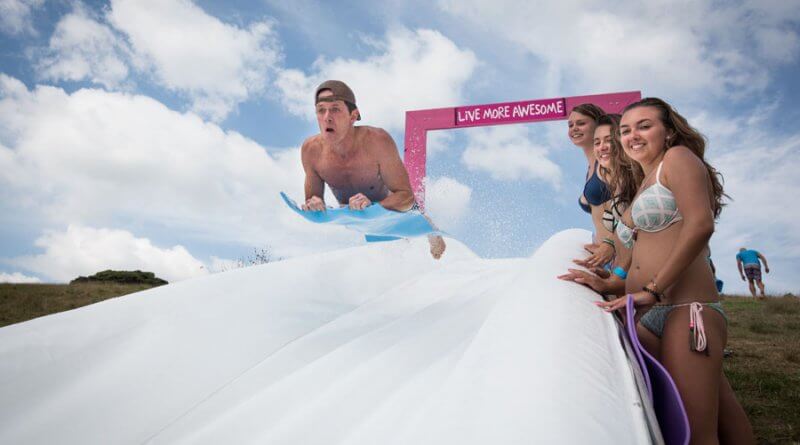 Jimi Hunt and Dan Drupsteen are rolling out the world’s longest waterslide one last time in February next year.

Thousands have flocked to ride the 600m slide down a long slope at Jonkers Farm, near Bethells Beach on Auckland’s west coast over the past couple of years.

The slide has been officially recognised by Guinness World Record’s as the world’s longest and Jimi and Dan have even appeared on The Today Show in the United States to talk about it.

» 600m long (Guinness World Record)
» 111m vertical drop
» Speeds of about 50km/h (We have a radar gun this year!)
» Completely inflatable (45cm inflatable base)
» Inflated by 15 commercial blowers
» Comprising of twenty 30m sections with a 7m splash pool at the end
» Made by Aflex Designs in Nelson and Wet’n’Wild Slides in Auckland
» Weighs 7 tonnes and fills a 20ft container when packed away Jimi and Dan are the brains behind registered NZ mental health charity “Live More Awesome” and they created the waterslide as just one of the many events they do to “live more awesome” and to raise money for mental health awareness initiatives.

“Both of us have suffered from poor mental health,” explains Jimi. “A key turning point for me came when I realised that it’s not about being mentally ill or mentally well, like we tend to think about it, but the fact that mental health runs on a continuum and I needed to do consistent work to move myself up that continuum.

“With the slide and any conversations generated around it, we want people to understand that we all have mental health and it’s our job to look after ourselves and become mentally fitter.”

The pair say putting the slide in place is a mammoth undertaking and after this event it will be sold to the highest international bidder.

Jimi says the tickets are R16 restricted for health and safety reasons and the number is limited to ensure that people have a full day of unadulterated sliding fun without having to queue for too long. As well as the big slide there will be performances from some of NZ’s top DJs and performers, all of whom have gifted their time to support this awesome local initiative. Wellness workshops will also take place throughout the day.

“This is a really important moment in time to talk about it and get these issues out in the open,” says Jimi. “There has been a large shift in the awareness around mental illness. Now it’s time to take the next step and start creating awareness around the fact that everyone has mental fitness. 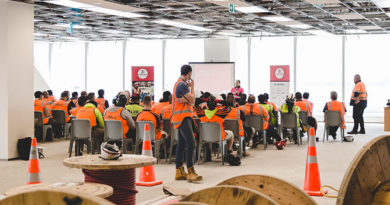 Mates in Construction: The Adventures of Koro and Moko 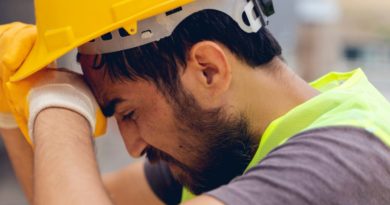 Mental wellness in the construction sector 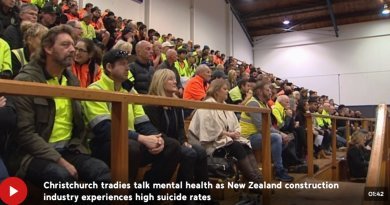