The draft New Zealand Infrastructure Commission/Te Waihanga Bill is a positive step towards better and more efficient infrastructure planning and investment on a national scale but needs fine-tuning to be successful in its objectives, say New Zealand’s civil contractors.

Civil Contractors New Zealand Chief Executive Peter Silcock said the national association for civil contractors strongly supported the creation of the Infrastructure Commission and its mission to improve the wellbeing of New Zealanders through quality infrastructure.

“The key is to get away from a boom-bust construction market and big swings in project priority caused by the central and local government electoral cycle. We believe the Commission has a major part to play in establishing a more consistent approach.”

He said the Commission would also help New Zealand overcome its critical infrastructure deficit. Its preparation of a coherent national infrastructure strategy, expert support to other agencies and departments and ability to undertake in-depth investigations on issues like funding, financing and procurement practices would give vital support to government.

He said despite many positives enabling a healthy civil construction industry and better value for money, the draft legislation needed ‘a bit of fine tuning’ to deliver to its true potential.

While it was important to promote the best course of action for New Zealand’s infrastructure networks based on the evidence available, it should not be tasked with ‘developing broad public agreement’ – often a ‘near-impossible task’ that could be a major drain on the Commission’s resources due to major differences in public opinion, Mr Silcock said.

“The Commission needs to cut through the debate. Rather than being bound to achieve political or public agreement, its job is to provide expert analysis that identifies and informs the best course of action.”

The Commission’s work also needed to encompass local government and council-owned organisations, who were a major partner in many civil infrastructure projects and tasked with the ownership and operation of Three Waters assets.

A complete pipeline of work enabling civil construction companies to invest in people, skills and equipment with certainty could not be developed without a national picture of local government infrastructure needs, he said. 50% off MYOB for Bunnings Power-Pass customers 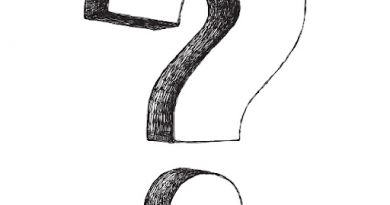 The perfect question from the Construction Accord