The Government and Auckland Council welcome a new deal to free up land on Wynyard Point. This now opens up the possibility of a new Wynyard hybrid option that will deliver a world class America’s Cup village on Auckland’s waterfront in 2020-21.

Mayor Phil Goff says, “The deal which sees Stolthaven Terminals vacate the premises earlier is great for Auckland regardless of where the bases for the America’s Cup will be. It is a good legacy for our city.”

The proposed Wynyard hybrid option provides for at least seven syndicate bases around two basins in the Wynyard area with provision for restaurants and bars, public viewing, and hospitality areas.

Mayor Goff says, “I am pleased that Council and Government officials have been working collaboratively to reach a consensus.

“The Wynyard hybrid option proposal reduces the need for large extensions into the harbour while creating a vibrant and connected America’s Cup village that competitors and the public can enjoy,” he says.

The Wynyard hybrid option incorporates elements of the Wynyard Basin option, agreed by the council in December and publicly notified last month, and the Wynyard Point variant explored by the Government.

The agreement with Dutch company Stolthaven Terminals to vacate its southern tank farm site on Wynyard Point has also cleared the way for more land-based locations and reduced the proposed extension to Halsey Wharf from 75 metres to 35 metres.

“With Stolthaven vacating its premises we are able to reclaim previously unusable land on Wynyard wharf and accelerate aspects of the redevelopment of Wynyard Point that will create a lasting legacy for Auckland after the Cup.

“The America’s Cup will be fantastic for New Zealand. We want Auckland to host the cup, and Council and government are working with Emirates Team New Zealand to ensure that we can provide the infrastructure in a timely manner and deliver an incredible event,” says Mayor Goff.

Economic Development Minister David Parker says the proposal is a win-win-win for all parties, reducing costs and environmental impact while offering an excellent venue for the defence.

“I believe the proposal will create a legacy for Auckland and all of New Zealand – our main aim alongside creating a top class venue for Team NZ and the Cup defence in 2021 and, hopefully, beyond,” Mr Parker says.

Mayor Goff has discussed the Wynyard hybrid option with Auckland’s councillors and it will be considered by council’s Governing Body in the near future.

The plans can be viewed at mbie.govt.nz/info-services/infrastructure-growth/americas-cup 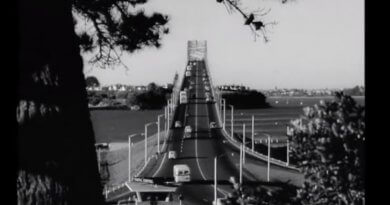