‘Smithy’ (as he is usually known) has been operating excavators for 34 years. He said his win came down to awareness of health and safety practices, which are recognised as a key part of the job, along will efficiency and precision.

“It was bloody good fun. At the end of the day, there was nothing in the scores. There was a pretty high level of competition out there and I think it was health and safety knowledge that got me there, as well as straight digger skills.” 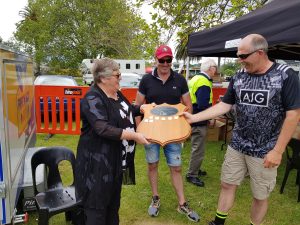 Originally from Reefton, Smithy built his skills working on gold mining operations using 50-tonne excavators, large dump trucks and bulldozers before moving to Marlborough to start his own contracting business. He now works in forestry earthworks for Edridge Contracting.

Smithy will represent the region at the CCNZ CablePrice National Excavator Operator Competition in March at Central Districts Field Days in Feilding, competing for the national title against eleven other regional champions and defending champion Riki Lum.

The Nelson Marlborough competition was held at the Nelson A&P Show at Richmond Park, and it was the first time the region had hosted a regional excavator operator competition since 2013, when the event was hosted in Blenheim.

Sixteen of the region’s top excavator operators entered the competition. Challenges ranged from showcase challenges such as ‘slam-dunking’ a basketball into a two-storey concrete tower to on-the-job tasks such as traversing two logs evenly and placing a manhole cover.

Competitors included Steven Paynter of Schick Civil Construction, who took third place. Paynter took up a career in civil construction three years ago after working in a sawmill. He said he enjoyed the experience and next year would be ‘in it to win it’. 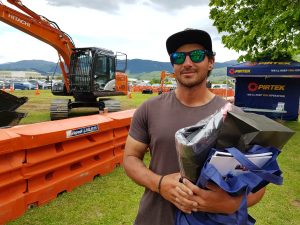 Paynter also helped out on a mini-dig for children, which was operated by the Doug the Digger Roadshow team. The mini-dig gave around 100 children a feel for what it’s like to operate an excavator, raising money for the Child Cancer Foundation in the process.

Fellow competitor Murray Howes said the event was a great opportunity to ‘be part of the team’, mingle with other local excavator operators and take on some exciting challenges that weren’t part of the day-to-day job.

“The bacon sammies weren’t bad. But getting the slam dunk in without dropping the ball was the high point for me.”

He said there had been a healthy interest in the competition from the public. This was good as the civil construction industry in Nelson and Marlborough was very busy and needed people with “a good attitude and a full licence” to step up and join the industry. 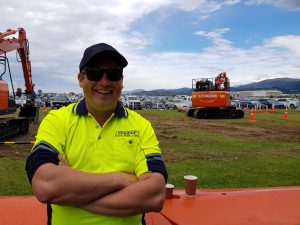 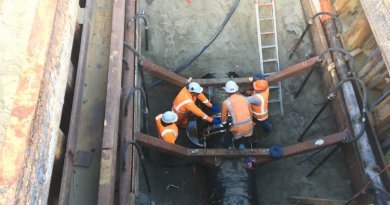 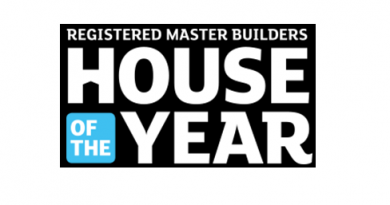 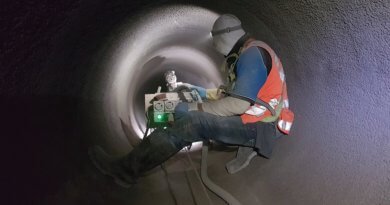