Global infrastructure and environments consultancy WSP Opus is delighted to be named as the design partner on the C7 workstream of the City Rail Link (CRL), working alongside alliance partner RCR Tomlinson.

Not only is the CRL the largest infrastructure project ever to be undertaken in New Zealand, it will transform Auckland and help set it up as a leading global city.

“Auckland has been bolstered by a major planning overhaul for growth and renewed public investment in metro rail infrastructure, setting us well on the path to a stronger global position,” says Myers.

“Cities that are highly liveable tend to have extensive, affordable and high-quality public transport that connects people to jobs, schools and amenities in an efficient and reliable way. The CRL is a key project delivering this for Auckland.”

WSP Opus has partnered with RCR Tomlinson, a diversified engineering and infrastructure company, in a joint venture forming the Systems Integration, Testing and Commissioning (SITC) Alliance to carry out project work on the C7 Rail Project.

Work is expected to commence in June 2019 and be delivered over 4.5 years, with the overall project due for completion in 2024.

“We are genuinely excited about working on such a game-changing project that will unlock Auckland in a way that will positively transform the city. We’re also proud to be working alongside organisations that share our passion for creating what matters for future generations and look forward to delivering this with RCR and City Rail Link Limited,” says Ian Blair, Managing Director WSP Opus.

RCR’s Interim CEO and Executive Director, Bruce James says that his organisation is very pleased to be recognised for its exceptional rail systems capability and to be selected for this portion of such a landmark project for Auckland.

“All great cities have great railway systems and this project is an exciting opportunity for RCR and our design partner, WSP Opus, to be part of this transformation through the rail system C7 package.  We look forward to continuing our collaboration with City Rail Link, Auckland Transport and Kiwi Rail to provide a compelling alliance proposal and then to successfully deliver this project safely and efficiently,” he says.

The Auckland City Rail Link (“CRL”) is jointly funded by the New Zealand Government and Auckland Council and has full governance, operational and financial responsibility for the delivery of the CRL project in accordance with its objectives. The CRL project comprises a 3.45km twin-tunnel underground rail link up to 42 metres below the city centre transforming the downtown Britomart Transport Centre into a two-way through-station that better connects the Auckland rail network. The NZ$3.4B CRL projects are divided into a series of workstreams and key operational activities comprise nine construction contracts (C1 to C9). www.cityraillink.co.nz

WSP Opus is the New Zealand operation of WSP, one of the world’s leading engineering professional services consulting firms, with 48,000 people in 550 offices across 40 countries. We are dedicated to our local communities and propelled by international brainpower. In New Zealand, WSP Opus operates from a network of 40 offices and employs more than 1,800 talented people. www.wsp-opus.co.nz 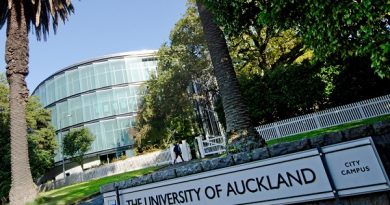 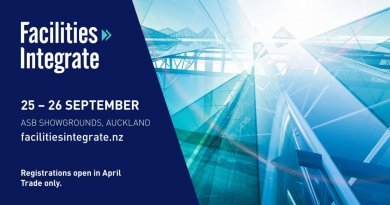 Save the date for Facilities Integrate New Zealand 2019 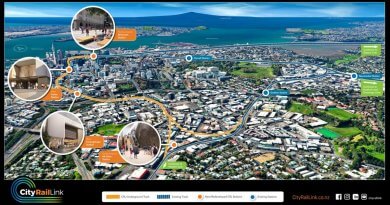