OAKLAND — The head of California’s powerful building and construction trades union says plans are in the works to deploy tens of thousands of construction workers to retool and refit hospitals, hotels and buildings the state needs as a surge response to the coronavirus pandemic.

“We’re being mobilized — more than we’re being told to step back,’’ said Robbie Hunter, president of the California Building and Construction Trades Council, which represents 460,000 workers and 63,000 apprentices.

He said he has been in close communication with the office of Gov. Gavin Newsom, who issued an unprecedented statewide “stay home” order Thursday night. Any trades employees whose work has been curtailed, plus thousands of apprentices, are expected to move into new priority projects related to fighting the coronavirus, he said.

The state is currently in the process of acquiring and converting two hospitals devoted to treating coronavirus patients, one in Northern California and another in Southern California. The state is also asking the federal government to send the USNS Mercy to California, which could provide 1,000 hospital beds, as well as mobile hospitals. All will require workers to prepare for a potential surge of thousands of Covid-19 patients.

The building industry was initially concerned that Newsom’s order would stop construction sites in their tracks after Newsom provided few details Thursday night on how specific industries would be affected.

Nathan Click, spokesperson for the governor’s office, noted in an email that the order applies to all workers “except as needed to maintain continuity of operation of the federal critical infrastructure sectors, critical government services, schools, childcare, and construction, including housing construction.”

Hunter said officials in the trade union were assured that the governor’s shutdown order doesn’t apply to the vast majority of construction projects in California because its workers are on projects directly related to critical issues like trade, transportation, health care, supply chain and state operations.

“We are threaded through every part of keeping the infrastructure up,’’ Hunter said in an interview. “We are the people that keep the generators and service work sites open, and the police stations and fire stations and state buildings operational.”

The union has mandated that its members maintain social distance, bring their own lunch and prepare to dine alone — not in groups or in gatherings at food trucks. Construction sites that are too compact, close to the public or congested in urban areas “should be closed down,’’ Hunter said.

Still, the governor’s orders have caused some confusion in the ranks of California’s construction industry, as business owners tried Friday to digest an avalanche of ever-changing news and government mandates.

Jeremy Brooks went to bed Thursday night prepared to do the unthinkable: lay off 27 of his workers in response to the governor’s order, based on his and his attorney’s reading of the new mandate. But by Friday morning, the owner of Brooks Painting in Davis got word that Newsom had issued a clarification that deemed construction activities “essential” — which meant that he could continue his services.

But Brooks is still on edge. “I think things are going to change again,” Brooks said. “They seem to be changing virtually hourly and nobody knows anything. That’s the biggest problem.”

More answers — and more comfort — could come now that Newsom this week announced the state is procuring hotels and motels and attempting to bring decommissioned hospitals back online, as well as asking the federal government for hospital bed capacity.

The USNS Mercy, for example, “is a modular unit that is completely ready to go,’’ Hunter said. So “we could end up building ramps to get ambulances right up to the ship — and come in with our cranes to get materials transferred from the dockside into the ship.”

Hunter estimated the new work to stop the coronavirus spread and provide treatment would involve filling 24-hour shifts and potentially “tens of thousands” of jobs.

And he said the union is also ready and eager to get members to work on another project mentioned by both Trump and Newsom — the possibility of retooling large manufacturing sites to produce desperately needed medical equipment like ventilators. 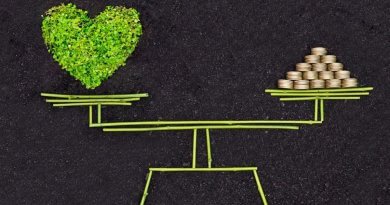 Social Value: The New Currency in Construction and Infrastructure 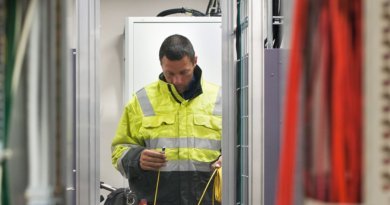 Talking about KiwiSaver with your staff dos and don’ts