Since the inception of the first green building council in 1993 (the United States Green Building Council), the push toward sustainable practices in construction has gathered worldwide momentum.

At the outset, it should be acknowledged that the Paris Agreement on climate change has been a game changer.

In South Africa, Modise says the government has adopted a leadership position and is driving implementation of the country’s commitments under the agreement. Industry, too, has undergone a shift in attitude, having previously adopted a lackadaisical and resistant approach toward climate change mitigation.

In India, the government has committed to reducing carbon intensity (carbon emissions relative to economic output) by 35 per cent relative to levels seen in 2005. A significant part of this will be the adoption of solar energy, where the government has a target of 175 GW of generation by 2022 (thus far, it has achieved around 68 GW). As part of the Paris Agreement, the Indian Green Building Council is hosting to achieve a certified green building footprint of 10 billion square feet by 2022 – more than double today’s levels of 4.8 billion square feet.

Prior to its change of government, New Zealand had adopted a modest emission reduction target 30 per cent of 2005 levels by 2030. Following its election in November last year, however, the Labor government is looking for a far-reaching goal of zero carbon emissions by 2050 under a Zero Carbon Act which if it becomes law will set binding targets to help ensure that this goal is reached.

Experiences differ, however, about the relative importance of government as opposed to the private sector in driving change.

In South Africa, Modise says momentum is being led by the government. Across industry, she says enthusiasm toward climate change mitigation has been patchy – albeit with real estate having been one of the more receptive sectors. Some sectors such as mining and mining sector unions have pushed back amid the prevalence of coal throughout the country and significant levels of unemployment.

By contrast, Raghupathy says momentum in India is private sector driven. Privately owned buildings account for more than 90 per cent of certified green building space, he says. Beyond real estate, other sectors are also performing well. Whereas the civil sector in places such as Japan and Canada has energy consumption rates of around 80 units per tonne, that in India achieves rates as low as 61.

Australia has two main bodies which operate in green building.

The Green Building Council of Australia is an industry body whose membership comprises around 600 individual companies. In addition to advocating on behalf of its members, its functions are to certify the sustainability of buildings and communities through its Green Star rating system and to educate industry, government, practitioners and others about sustainable construction practices.

The Australian Sustainable Built Environment Council (ASBEC) provides a forum through which diverse groups across industry, government and academia can gather to find common ground on environmental issues which impact the built environment. Its membership includes major industry groups (Property Council, AIA etc.); state, federal and local governments and government bodies; and academic institutions such as Melbourne University and the University of Wollongong.

Speaking of lessons learned thus far, Toumbourou says passion and leadership is critical, as is buy-in from key stakeholders and decision makers. In ASBEC’s own case, she says many of the organisation’s achievements thus far can be attributed to the drive and vision of its membership. Many of these sit at the CEO level and are able to drive change within their own organisations. As well, the involvement in the organisation from all levels of government as well as from academia adds visibility from a policy and research perspective to its projects and discussions.

Second, policy is critical. Whereas momentum in Australia has been impacted by energy policy uncertainty, confidence among investors and manufacturers in places such as California has been underpinned by long-term targets for emission reductions, she says.

In this regard, Toumbourou is enthusiastic about a project which ASBEC is undertaking in conjunction with ClimateWorks Australia to map out a trajectory for greenhouse gas reductions which is expected to guide the Australian Building Codes Board in its updates to the National Construction Code.

On the negative side, Toumbourou said sustainability organisations should avoid situations whereby the executive attempt to dictate the priorities of their members and how their members should feel about given issues. Instead, it is necessary to tap into members’ own diverse range of objectives, find common ground and deliver upon that.

She added that green building councils play an important role in two areas. At a practical level, they provide a means through which their members can be equipped with the knowledge and skills needed to drive sustainable outcomes on the ground. Second, through the development of rating tools and certification of buildings, they deliver much needed visibility (and independent verification) to aspects of the environmental performance of buildings which would not otherwise be readily noticeable to building owners and occupants. Especially in commercial buildings, this has helped to establish benchmarks about what sustainable buildings look like and where the performance measures should be set.

Madew agrees about the importance of leadership. Speaking particularly about Green Star, she says that whilst governments led the charge early on, support has matured as the need for sustainable construction gained corporate acceptance and commercial property landlords and investors had begun to demand sustainable assets across their portfolios.

More recently, Madew says momentum has been aided by growing awareness of commercial risks associated with greenhouse gas emissions. That, she says, is leading investors to demand sustainability as a long-term risk management strategy for their assets and portfolios and for company boards to afford greater attention to climate change in risk management strategies as well as in financial reporting.

Further, more investors are seeking Green Star certification across entire portfolios and demanding that all new builds across their portfolio achieve a Green Star rating.

Finally, there has been a push for sustainability amongst corporate tenants, who not only wish to enhance their sustainability credentials and their corporate reputation, but who also wish to reduce energy costs and improve worker satisfaction and retention.

Going forward, green building councils are looking to extend their focus to encompass social as well as environmental issues.

In South Africa, the Green Building Council has recently introduced a social category to its netzero program which looks at issues such as job creation and helping disadvantaged communities in addition to energy, water, waste and ecology. This, Modise says, has presented implementation issues amid perceptions among companies of social issues forming part of corporate social responsibility programs more so than sustainability efforts. This is problematic as CSR, in turn, focuses more readily around building hospitals or supporting schools as opposed to being integrated into considerations as part of construction projects.

This, she says, highlights a misconception about sustainability being predominately about environmental issues. Whilst these are critical, she says sustainability also extends to issues of governance and community well-being.

In India, meanwhile, the Indian Green Building Council is pushing strongly on affordable housing – a significant challenge in a developing country which still has much poverty. It has created a certification for affordable housing which incorporates almost all of the criteria for water and energy efficiency but also requires this to be done within a cost which equates to roughly $25 Australian dollars per square foot. This is achieved through technology adoption and minimising labour requirements.

In Australia and New Zealand, as well, attention is moving beyond strictly environmental issues to also encapsulate issues about how buildings can contribute to better outcomes in public health.

Beyond that, challenges and approaches vary. To improve the spread of sustainable practices across their country’s 300-odd cities with a population of more than one million, the Indian Green Building Council is pushing strongly down the organisational structure of chapters and student chapters. It hopes to expand the number of chapters from 23 today to 60 by 2020.

In South Africa, Modise says challenges are emerging as numerous green building bodies push into the country as a gateway into Africa more generally. This is creating issues for the South African body (which also provides certification in other African countries) in ensuring that local contexts are afforded adequate attention when awarding green building certifications.

In New Zealand, Eagles says the council is advocating for the rating of established homes which are offered for sale or lease. He is also pushing for adoption of ‘green bonds’ to be more widespread within the bond market.

Locally, Toumbourou says action is needed in several areas. With growing evidence surrounding the health impacts of the built environment, sustainable construction movements need to broaden their traditional stakeholder base to include health and community groups. It is also important to align domestic policy with commitments which Australia has made through the Paris climate agreement. Finally, sustainability movements need to deepen their engagement with their own members to ensure that commitment levels are not unduly impacted by leadership changes within member companies or organisations.

Madew says that whilst industry has a role, leadership must come from the government. On this score, she applauds a recent announcement from Labor about an Australian Investment Guarantee which will enable companies to claim an immediate tax write-off of 20 per cent in respect of the purchase of capital assets which help to lower energy use.

She also welcomes the recent recognition at Green Cities by federal Minister for the Environment and Energy Josh Frydenberg of the importance of the built environment in meeting Australia’s commitments under the Paris Agreement and an explicit recognition from him of the role of the National Construction Code in driving energy efficiency.

From industry, she says GBCA’s recently launched Carbon Positive Roadmap outlines the role which Green Star will play in driving practices at an industry level.

Beyond Australia, Madew says regional collaboration is needed. At this level, she says GBCA is developing strong working relationships with other green building councils in China, India, Singapore, Malaysia and Indonesia.

To go on from here, challenges must be addressed in several areas. 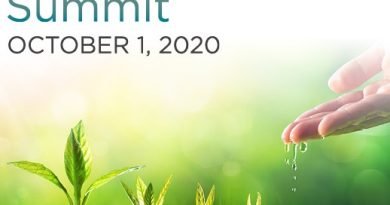 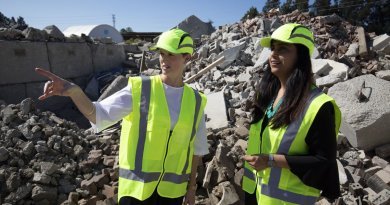