The largest apartment project in New Zealand has come in on time and under budget going against the current trend of struggling developments and delays in the property sector.

SugarTree Apartments, at the top of Nelson St in central Auckland, is a mixed-use development that accommodates more than 2,000 residents. The development includes retail, commercial and green space areas designed to create a neighbourhood environment on the central city fringe. 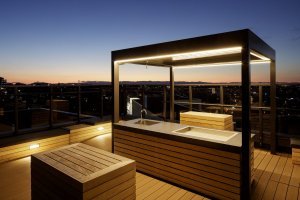 Comprising three buildings — Prima, Centro and Altro — construction was started in 2013 and built across three stages at a cost of $172 million. The final building was completed in July, three months ahead of schedule.

“There are not many projects in town that have done that,” says developer Darren Brown who started design on the master plan and Stage One – the 10-level Prima – in the wake of the Global Financial Crisis.

He says because of market volatility at the time, undertaking the development over three stages made sense financially.

“We were the first new build after the GFC which was a challenging time. It was easier to fund over a longer period and we were able to gauge the market appetite for the apartments during the construction of each stage.  We learned a lot of lessons which we were able to carry through to the next stage.” 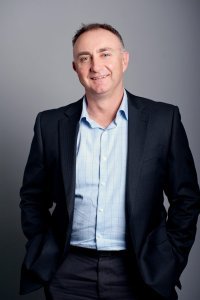 “Through smart thinking, keeping the design simple and functional, and building apartments that are affordable and desirable means it is hugely successful both in terms of construction as well as apartment sales.

“It has hit a market sweet spot with investors. The product and quality have been aligned to that market with quality bathrooms and kitchens, good apartment size and a focus on community living, which is what people want in an inner-city apartment.” 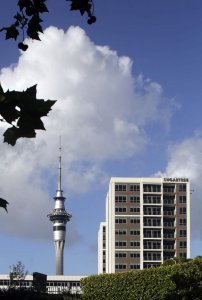 “Our job is to help transform a client’s idea into a reality. A key part of that is bringing good advice to the table when needed, being the mediator and facilitator, ensuring all the parties are delivering what they need to, and taking everyone along on the same journey to resolve any issues that may arise.”

The same team of key consultants and contractors, including architects Babbage and construction company Kalmar Construction, were also on board since 2011 which Davis says was key to meeting construction deadlines and budgets.

“SugarTree was a well-oiled machine because everyone knew each other, recognised how each other worked, and trusted they would get the job done.”

Davis says while the construction process was streamlined the real success of SugarTree comes down to a developer who understood the market, built a team of trusted advisors and experts and built the right type of development.

Brown says the move to high-density living in Auckland, and in cities around the country, means apartments have to be more like traditional homes with a neighbourhood environment.

“Gone are the days of 20 square metre shoebox apartments geared towards the student market. We’re creating good quality spaces ranging from between 40 and 100 square metres. These are apartments where a family can live.

“If people are being asked to give up a big section, neighbourhood parks, and local supermarkets, then you have to give them those things when they move to an apartment. That’s the rationale behind SugarTree – it has retail and commercial areas, green space, and areas where communities can congregate.” 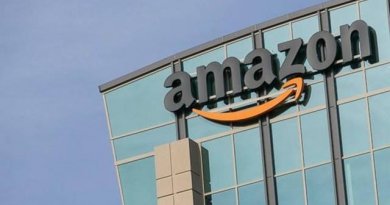