SAN FRANCISCO – When maths teacher Sonja Trauss saw 20 people show up for an open house in San Francisco, she realised a simple truth about housing in the city – there simply isn’t enough to go around.

The realisation prompted Trauss, 36, to start a political movement to counter the influence of so-called Not In My Backyard (NIMBY) homeowners who oppose new building in their neighborhood – and call it Yes In My Backyard (YIMBY).

The movement claims to represent a younger generation of city dwellers who see adding more housing to keep up with demand as the only solution to escalating prices, and Trauss is running in city council elections in November to push her agenda.

“If your solution is no building, it’s not going to work,” Trauss told the Thomson Reuters Foundation from the office of the campaign, which has chapters nationwide and a handful of sympathetic officials in the California state legislature.

As San Franciscans elect a new mayor on Tuesday, this rising political movement with a platform to press for more construction is at the centre of a heated debate about who gets to live in the city by the bay.

The city of 800,000 once so diverse it was known as Baghdad by the Bay has grown steadily whiter and richer, according to U.S. census data, with a median income over $100,000.

PolicyLink, a social research institute, estimates San Francisco will be the whitest pocket in a racially and ethnically mixed region by 2040.

Few question that the Bay Area’s booming economy has contributed to make houses and apartments outlandishly expensive for all but well-paid tech workers.

In the first quarter of 2018, the median house price soared to US$1.665 million, a nearly one-quarter increase over the previous year, according to Paragon, a real estate brokerage.

The city’s real estate was recently declared the priciest in the world by British property start-up Nested, which put rents there at 42.81 pounds ($57.17) per square meter (about 10 square feet).

But the YIMBY approach has ruffled feathers among long-time affordable housing advocates.

They see the build-everywhere policy – which views those who resist luxury housing in minority urban neighborhoods with the same disdain as opposition to low-income housing in rich suburbs – as short-sighted and divisive.

“They’re creating a bad rap for themselves, an enormous amount of conflict, and not necessarily creating a good political reputation for their movement,” said affordable housing activist Peter Cohen.

In one example, the YIMBYs supported new multi-story apartment buildings in the Mission District, a historically working-class Latino neighborhood that has become a favourite haunt of well-paid tech workers, driving up prices.

That pitted them against Latino activists who fear new apartments mostly rented at market rates will accelerate the transition from taco stands, traditional barber shops and discount stores to high-end bicycle shops and wine bars.

“When you’re just saying deregulate – the panacea for YIMBYs is take away regulations everywhere – you end up with warfare in the Mission District when you’re really trying to encourage Palo Alto [an affluent Silicon Valley suburb] to build more housing,” said Cohen.

The YIMBYs seek to dismantle the nuts and bolts of laws that inhibit new construction — from minimum lot size requirements in leafy suburbs to lengthy environmental review processes that add time and money to urban apartment projects.

They say this has proven effective, citing the nearly 10,000 apartments that have come online in the last few years and the fact that rents finally plateaued in January 2017.

For Cohen, however, meeting affordable housing targets is what counts.

While the San Francisco YIMBYs have taken on ethnic minorities who fear displacement, their biggest targets are the enclaves of low-rise homes on the city’s predominantly white west side.

George Wooding, president of the Coalition for San Francisco Neighborhoods, admits he has played a role in making it difficult for larger homes to be built in those areas, but bristles at the criticism he is being obstructionist.

He said he was in favour of new housing for the working poor and middle-class families, but not luxury housing, which is what the market fetches.

“They came in with a hammer, labeled everybody in the neighborhood, painted everybody with the same brush,” said Wooding, who owns a three-bedroom house in the area.

“We’re just people that live, work, mind our own business, and suddenly we’re the bad people on the West Side?”

For Trauss, this mindset of being both for and against has led to another realisation.

“Building housing is not an issue like abortion or the death penalty where people are definitely on one side or the other,” she said. “With building housing, everybody is on both sides.” 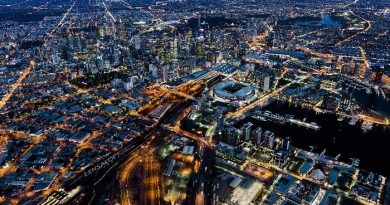 Density Vs Sprawl: which wins for sustainability? 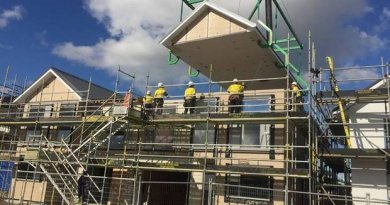 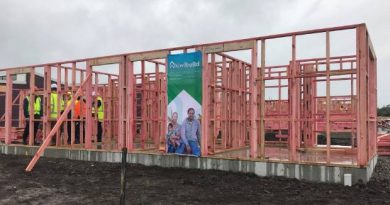