The newly re-named Civil Contractors New Zealand CablePrice National Excavator Operator Competition is now in its 26th year. It puts top excavator operators through practical and crowd-pleasing challenges ranging from slam dunking a basketball into a two-storey concrete tower to painting a picture and digging a precision trench in a quest to find our country’s best multi-skilled excavator operator.

The competition is the brainchild of national association Civil Contractors New Zealand (CCNZ), which runs eleven regional championship events as well as the national final at Central Districts Field Days on an annual basis to showcase the ability of excavator operators and the mighty machines they control. The winners of regional competitions held throughout New Zealand go on to represent their regions at the national finals. 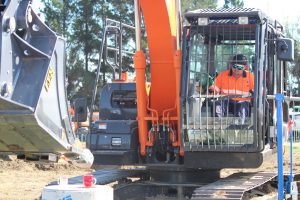 CCNZ chief executive Peter Silcock said CablePrice had been a Premier Sponsor of the competition since 2009, and it was outstanding that they had stepped up their support even further this year.

“CablePrice is a household name in civil construction. They go above and beyond, providing excavators, financial and in-kind support for the competition. We’re delighted to have them as Platinum Sponsor for the competition’s 26th year.”

It will also supply trophies and prize packs for the national and regional competition winners, as well as excavators for use at a ‘mini dig’ experience for children and – for larger events – an EPIC Careers in Infrastructure ‘have a go’ stand at the Central Districts Field Days for people considering careers in civil construction.

“Our Hitachi machines can do remarkable things with a skilled excavator operator behind the controls. We’re thrilled to be able to support an event that showcases the amazing skill possessed by people working in the industry in such a crowd-pleasing way.” 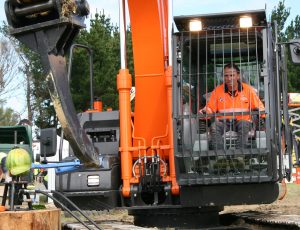 The CablePrice CCNZ National Excavator Operator Competition will take place on 19-21 March during the 2020 edition of the Central Districts Field Days at Manfeild Park in Feilding. Last year’s competition video can be viewed at https://youtu.be/p3iQGTn4ESE. The 2020 event will be livestreamed at www.ctaslive.co.nz. 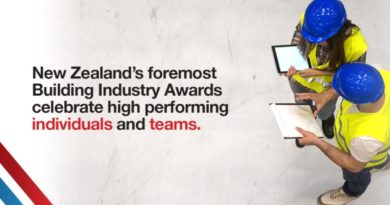 Preliminary judging is underway for the NZ Building Awards 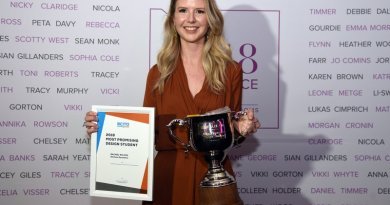 Living spaces are her passion